The Chart is a compilation of all romantic and sexual connections between characters across both The L Word and Generation Q. The Chart was first introduced in the series premiere of The L Word by Alice Pieszecki, who realized how insular the lesbian community in Los Angeles is, and believes that they are all linked through their sexual encounters with one another.[1][2]

The following chart plots all canon relationships and hookups between main characters and major recurring characters across both The L Word and Generation Q. Minor characters who only appear in two or less episodes are not included. 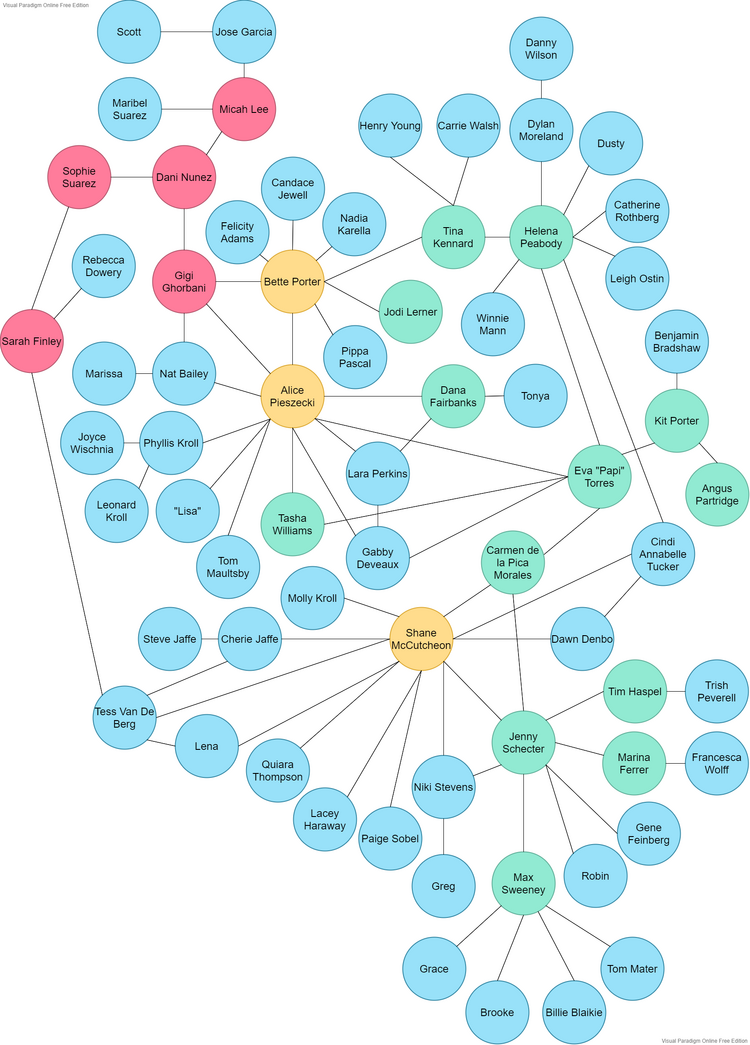